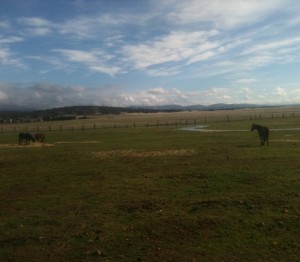 Our little seasonal creek is up and flowing well.  It is so pretty to have this, it should be flowing until next spring.  Some day we are hoping to have an ag well put in with a windmill where it can pump into the creek all year round. 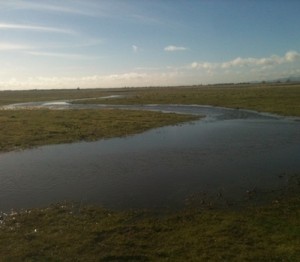 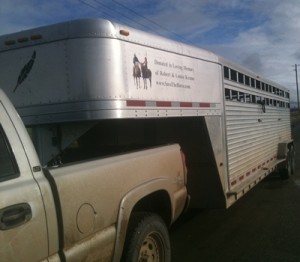 Down the road he went.  The clouds looked like they may be thinking of raining again.  Everyone at the shelter was hoping for a nice sunny day. 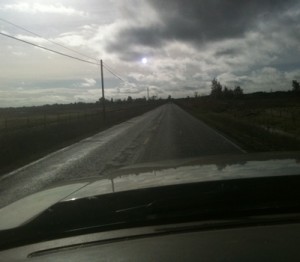 Jason had headed out to go get some more hay.  Thankfully a local ranch is selling good 3 way grass / oat hay for $5 a bale.  It is really nice hay and when you walk past it the sweet smell is almost overwhelming.  It almost smells good enough for people to eat and the horses love it. 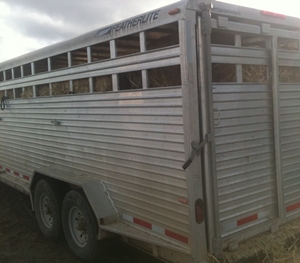 Jason was slightly delayed by a fender bender on the way back.  Thankfully it didn’t look like anyone was hurt.  Accidents are so scary. 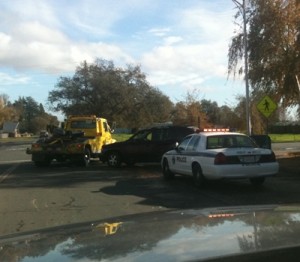 Back at the shelter Tia was posing for that perfect glamor shot.  What a goofy girl, but oh so cute too. 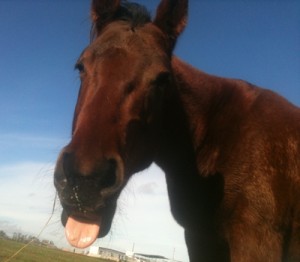 A horse trailer pulled into the shelter.  It was scheduled to pick up Zulu and Dude.  Typically horse trailers that are coming to adopt don’t already have a bunch of horses in them.  When the ladies got out of the truck, they said “Please don’t kill us, we brought you some horses that really needed some help!”  They brought out the first guy who was no longer wanted by his owners.  Dino is a 14 year old morgan/quarter cross gelding who used to belong to a girl. The discovery of boys and then off to college out of state has left him neglected. He has not been ridden in years but he used to be a very energetic trail horse. He will need some patience and an experienced rider. He has had some beginning natural horsemanship and responds best to a quiet hand. 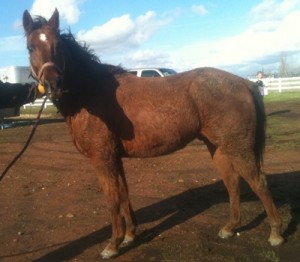 The people who owned Dino decided they no longer wanted him.  The kind ladies who were adopting Zulu and Dude decided to bring him to us.  When they went to pick him up he wasn’t too keen on loading.  His former owner said if he didn’t load they would get  a backhoe, dig a big hole put him in it and then shoot him.  This made the poor ladies plead with Dino to get in the trailer.  They asked his former owner if he didn’t get in if other arrangments could be made so we would go pick him up.  They said no, if he didn’t get in, he would be shot.  Thankfully he realized what was happening and got in the trailer. 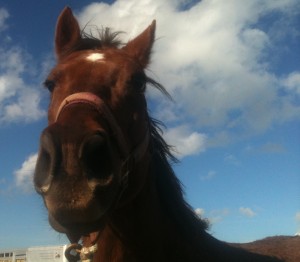 The other horse they brought us was free on Craigslist.  Zulu’s mom went to go see her and was horrified when she arrived to see this thin mare who the owners were saying they took for a last ride up and down the paved road just for the memory of it before she headed out. 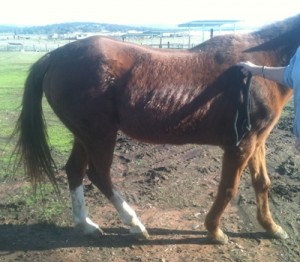 The poor mare’s both front knees are extremely arthritic and it must have hurt her so much to have been ridden on a paved road.  The folks giving away the mare offered Zulu’s mom to ride her and test her out to see how well she rides.  Thankfully there are some folks in the world that realize there is a time when a horse should no longer be ridden.  We are thankful that both of these horses are safe and are glad that the two kind ladies stepped out and helped some horses that desperately needed it. 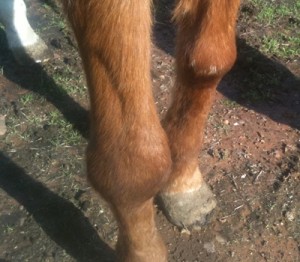 Dude got to meet his new mommy and you could tell he was really comfortable with her. 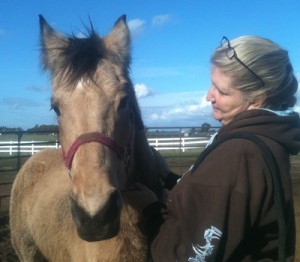 After spending time with him on the ground, Dude was saddled up.  The little girl road him around and really fell in love with him.  Then magic started happening… 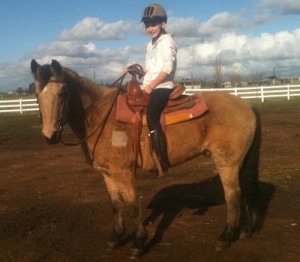 They fell in love with Abbott and Costello and then Cheveyo as he is gentle and for light riding for little kids he would be great.  In the end the two families posed for one of the best adoption photos ever. 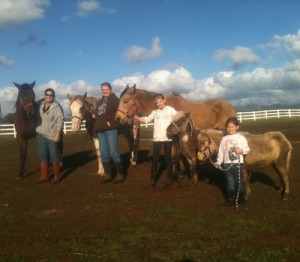 Abbott and Costello had their own front little compartment to ride in.  Shavings were put down and they got to ride in the first class compartment.  No coach tickets for these guys! 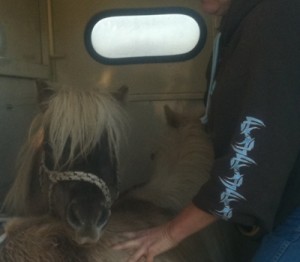 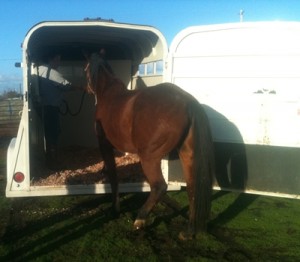 Zulu was surprised that snacks were served even for those who had coach tickets. 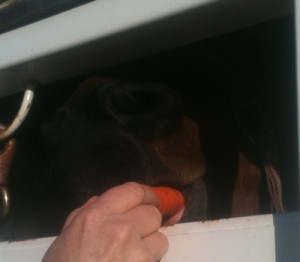 Dude didn’t care that he had a coach ticket, he was just happy to be going on the trip.  He is so excited to be starting a new life with his new family.  Even coach was full as Cheveyo was going standbye, he will have to catch another ride another day.  His new family assured him that it would not be long. 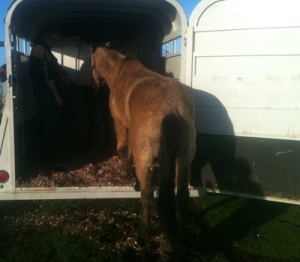 Hugs were given and happy Goodbyes were said as all the people got into the cockpit and they all headed off. 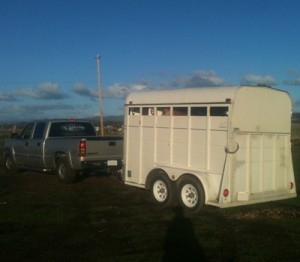 Then Tawnee stopped at the Post Office.  We had a package, how exciting! 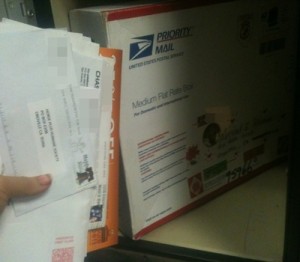 Tawnee opened it up and found a Christmas present.  Wow, the first Christmas present to come in this year.  We will unwrap it soon as the note indicated it is to be enjoyed over the holiday season. 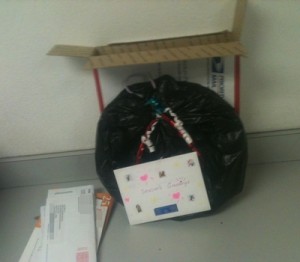 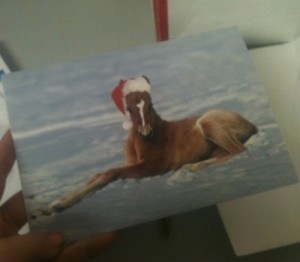 Many thanks to Omar S. and Joni M. for their generous support.  We really appreciate it!