The construction on the little critter pen continued with the loading of quite a number of OSB sheets onto a cart. 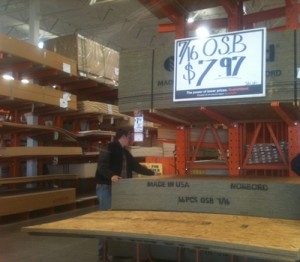 Then the OSB was loaded into the horse trailer.  The OSB is for the sides and roof on the little critter pens. 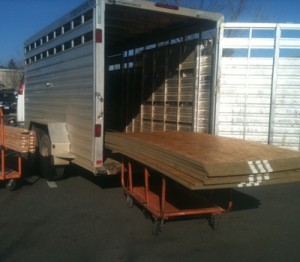 At the shelter the construction continued. 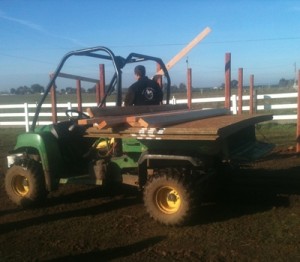 Tawnee and April were busy getting the fencing ready to tighten. 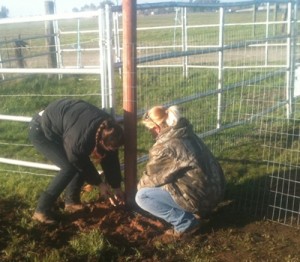 Then all the hands were made busy getting the wire stretched. 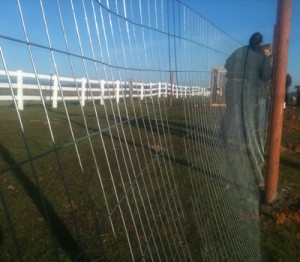 After it was stretched tight by the Hay Wagon Larry put the staples in to hold it all tight.  Nothing is better than a tightly stretched fence to hold the little critters in. 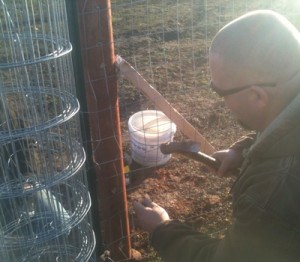 After the fence were tight the guys got busy getting the shelters built. 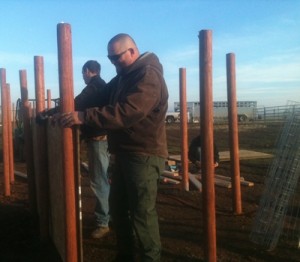 One by one the panels for the 3 sided shelter were screwed on. 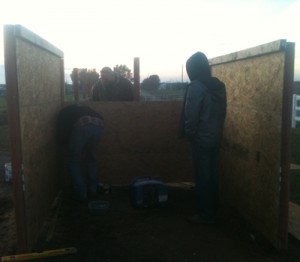 Shadow just had to keep a close eye on the days events.  Where they building it just for her? 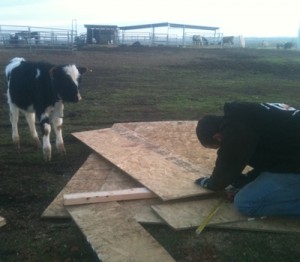 By nighttime the 3 sides were on the 1st shelter, just waiting for the roof to be put on. 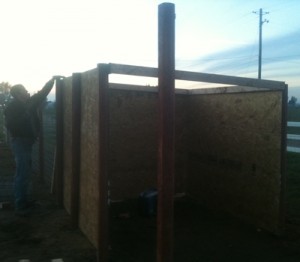 The next day after the chores were done the fencing continued.  The existing fencing has significant gaps underneath it and is a much larger weave, and is only a 3 foot high fence.  It needed to be replaced! 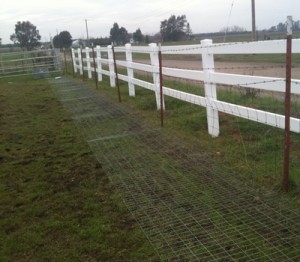 It’s hard to see but the fencing is almost done!  Once the shelters are done and the last bit of fencing is done, we’ll have to have a ribbon cutting ceremony to welcome the no doubt thousands of little critters that will call these two pens their temporary home over the coming years.  These pens will be used for goats, mini horses, calves, and other little characters. 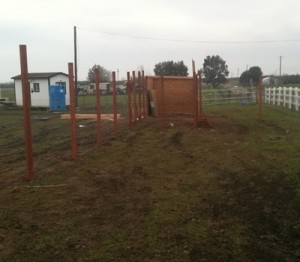 Speaking about little characters, we got a call about a goat that needed to be surrendered.  He had been causing trouble, so Tawnee went to pick him up.  He is a billy goat named Peanut.  He will be going to the vet to get his brain surgery. 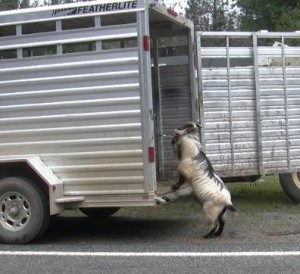 Just a reminder that the Animal Rescue Site 2011 challenge is in full swing, and our name has been updated this year!  Spread the word, vote, and share us on your Facebook.  Let’s get #1 in California!  Click here. 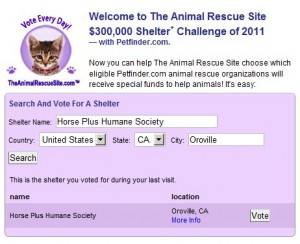 A huge “Thank you!” goes to William E. and Gail G. for their very generous donations.  To see your name here and to help the animals, click here.