April is in adoption pending!  Her potential adopters have been coming out to make sure they are a perfect match.  Hopefully she will be in her new home soon. 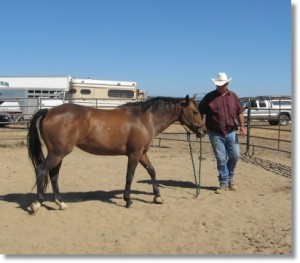 Reba, a lovely mule, was surrendered.  She is an 8 year old molly who is possibly trained to ride.  She ties, loads and stands for the the farrier.  She is a little shy, but is will come up and wants to make friends.  She is available for adoption.  If you are interested her, visit our adoption page and place her in adoption pending.  She is not on the available page, but you can put any animal in adoption pending by placing the $50 adoption hold.  For more information, click here. 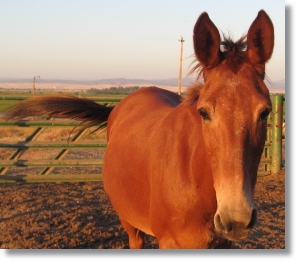 We have had a bit of a bug going around the shelter, we’re not exactly sure what it is, but some of the horses have a bit of a cough and runny noses.  Maggie was showing the symptoms and wasn’t feeling good so she was loaded up to take to the vet. 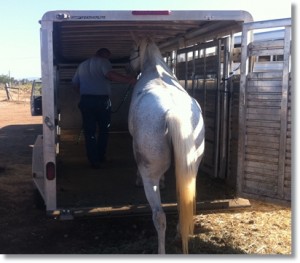 After a short ride she was dropped off at the vet office so our vet can figure out what is going on.  Tia is still at the vet and is reported to be doing much better. 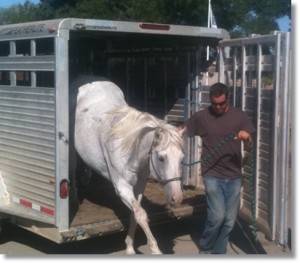 From the vet office Jason, Alex and Larry headed off to pick up some donated hay.  They were joking that Jason was the driver, Larry was the supervisor and Alex was going to load the hay.  Larry can’t lift hay but he is a great picture taker and telling people how to do it right. 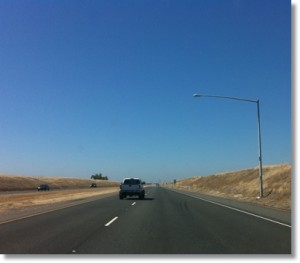 It’s really hard work moving hay, especially in the hot sun, but when hay is donated we will gladly rush to pick it up!  This is the 2nd year they have donated hay, last year Jason picked it up by himself, this year he was thrilled to have help. 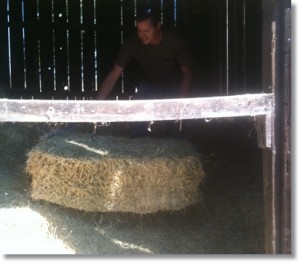 Alex did a great job stacking them into the trailer.  In the first load there was 102 bales. After it was all loaded they started the 1 1/2 hour drive back to the shelter. 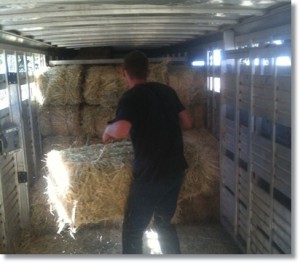 Meanwhile at the shelter, Snort was being surrendered.  Snort is a 14 year old Quarter Horse gelding.  We are told he was trained in cutting and barrel racing but the trainer was too harsh with him and he has a lot of fear issues.  He needs someone with a calm quiet hand to gain his trust and confidence back.  We are told he enjoys trail rides and it would be great if he could just get out, do trails and relax for awhile. 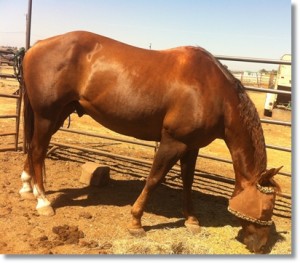 The hay had to be unloaded right away as there was another load to get.  Thanks to John (not pictured) who stepped up, grabbed the hay and threw it out for Jason and Alex to stack. 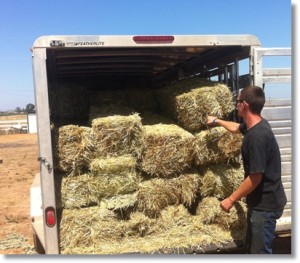 After another 1 1/2 hours, they were back at the barn loading up the trailer again. 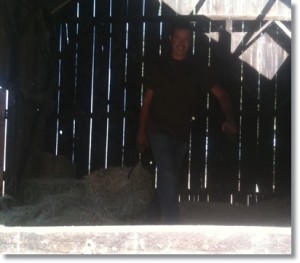 Once again Alex flexed his muscles and stacked the hay. 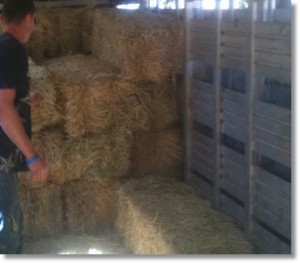 This time the barn was emptied and the trailer had 88 bales in it for a total of 190 bales for the day.  This will keep a lot of horses munching quite happily! 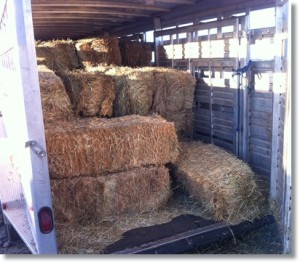 The owner of these mules had to be hospitalized with long term issues, leaving his precious babies in his adult childrens care.  They could not keep them and were having to drive long distances every day to feed them, so they really needed to surrender them.  After bucking hay all day, Larry Jason and Alex headed out to load them up.  It was almost dark by the time they got to the mules. 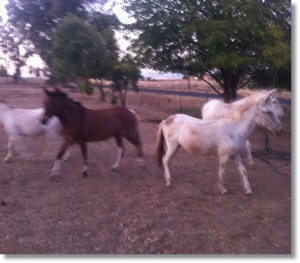 One of the mules would hop in and out of the trailer out curiosity, but the others would have nothing to do with it.  They ran and ran and had a great time playing catch.  We are told that two of them are halter trained but the others are wild. 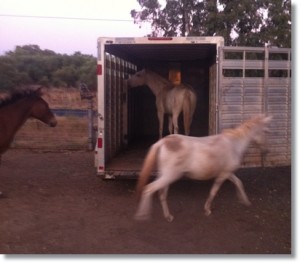 Finally the were corralled, and Jason backed up.  The door was opened, Larry and Alex provided the emotional push and in they hopped. 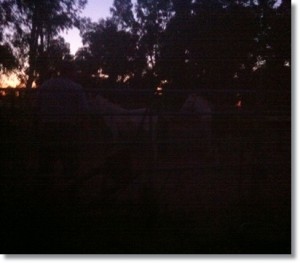 Soon they were safely in the rescue rig. 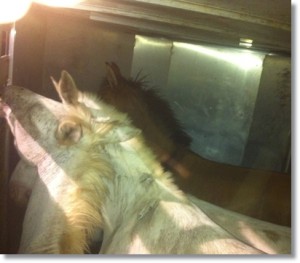 After 13 hours of work everyone couldn’t wait to get them settled at the shelter. 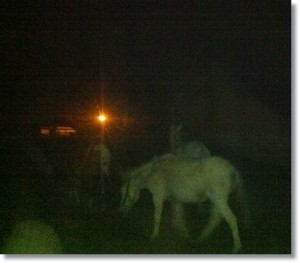 Many thanks to Susan I. for becoming a monthly sponsor!