Wednesday morning Shadow wanted to say “Hello.”  She tried different poses and decided that this one was the best one for the blog.  She has gotten so big since we rescued her as a day old calf. 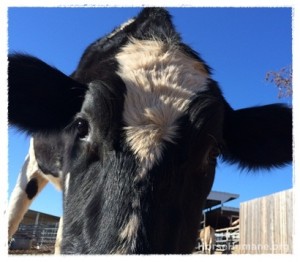 One of the Sebrights brought up from Animal Control is really enjoying his new barn yard life.  One of his favorite activities is sprawling out in the hay and soaking up the sun. 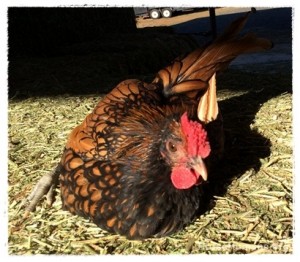 A potential adopter came out to look at the horses, and really fell in love with the two that were rescued in the last blog.  They are both in adoption pending and hopefully they will be going to their new home soon. 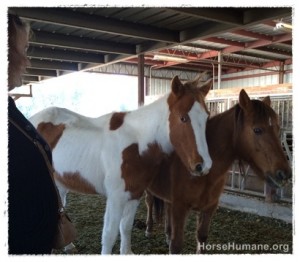 Thursday morning bright and early a great big hay squeeze showed up at the shelter.  We had ordered hay, and the squeeze was the first one to show up.  He arranged the hay we had left, getting ready for the great big load. 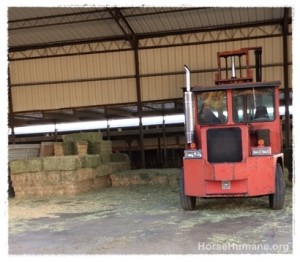 Finally the double trailer load of hay showed up and the squeeze began unloading it.  This load of hay cost over $6,750, we could really use your help to pay for it.  To make a donation, click here. 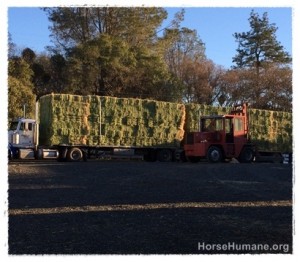 Kinley was wide eyed, watching on as the hay was unloaded.  It was good for him to learn to stand tied with lots of action going on around him. 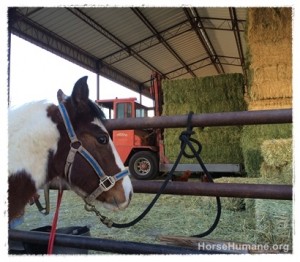 There was several mares that were pulled out of the Extreme Rescue Makeover competition before coming to our shelter because they were obviously pregnant.  We told the sanctuary that is providing the horses for the competition they could send mares along if they did not appear pregnant.  They sent over 3, and today was the day our vet would be checking them to see if they are pregnant or not. 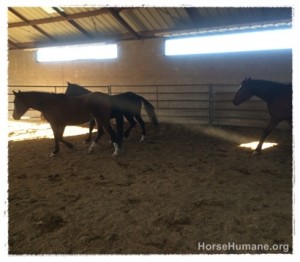 Thanks to our special padded squeeze chute, the vet is able to palpate wild mares.  All three of them are 6-7 months pregnant and are out of the competition.  They will be going back to the sanctuary, no competition for them, they need to concentrate on raising their babies. 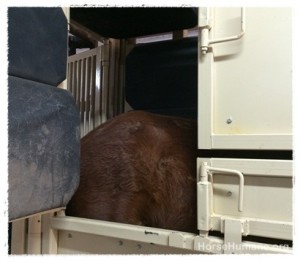 Now there will only be geldings in the Extreme Rescue Makeover competition.  We had another trainer come out to see the horses and find out which one(s) she is interested in partnering up with to compete in the competition for $5,000!  If you are interested in competition too, click here.  Applications must be processed by next Wednesday. 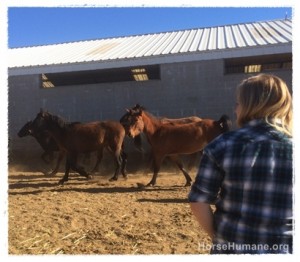 Jason mailed out the tax receipts today, so if you are wanting one and for whatever reason do not get one in the next few days, please contact us.

Thank you all for your support!