Tuesday our staff was moving Hidalgo and Scarlet out of the round pen.  They had been in quarantine since the auction to make sure they were doing OK. 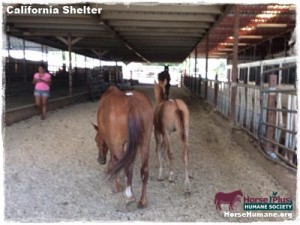 Hidalgo got to meet Lady Lacy, she informed him that everything is ok now and he is safe, he will never have to go to an auction again. 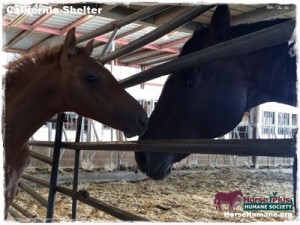 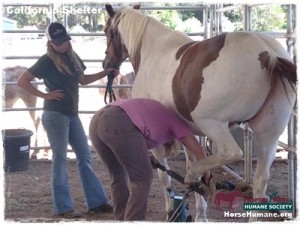 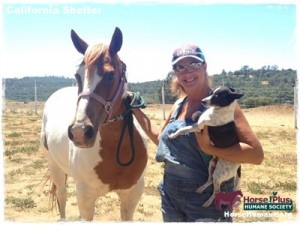 She loaded right in the trailer with no issue. 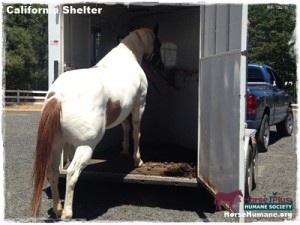 She took one last look back thinking “Thank you for helping me Horse Plus, I’m excited for my next adventures.” 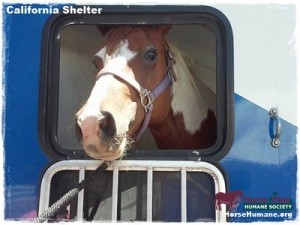 Bodie is a very lucky horse and does he have a story to tell!  This boy was sent through an auction, probably by a person telling themselves he was going to get a great home.  He was instead bought by a kill buyer and taken to a kill pen.  Bodie’s rescuer wanted to save a horse from slaughter, and she found herself surfing the desperate faces of horses standing in a kill pen in Kaufman, TX. His rescuer, after contacting the poster of the video, inquired of the dark bay standing quietly in the back of the other 20 or so horses in the pen.  She was told that that horse was not posted because bays and sorrels don’t get pulled.   Poor Bodie was never even posted for rescue because of his “ordinary” color. She asked the poster how long he had. She replied that he had about ten minutes, the truck had just pulled up.  On May 14th he was pulled from the kill pen and began his journey to get out of TX.  Bodie’s rescuer sent him to us so he would be able to find his forever home.  Maybe that home is yours? 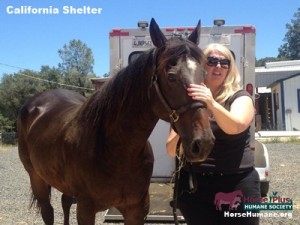 We had some visitors come out and they really liked Courage. 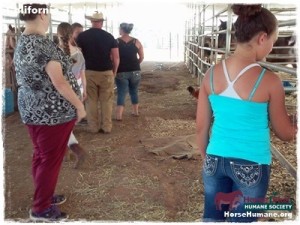 Jake was getting some more attention.  He really loves kids, whenever kids are visiting he comes right up to them. 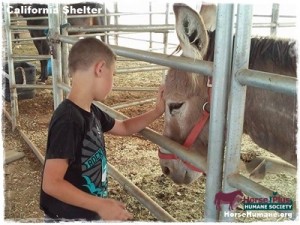 Meantime our farrier was still working hard, we really appreciate all her hard work. 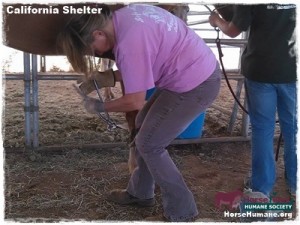 Waffle was in the lower pasture and came up to see what’s been happening. 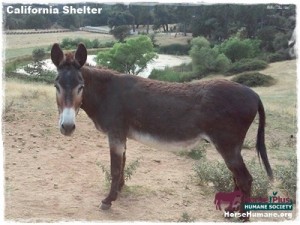 We had a trailer pull into the shelter with a horse in it. 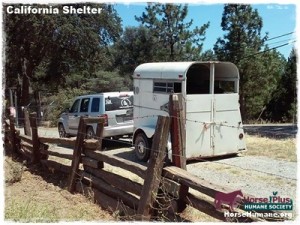 This is Lupe, he is a 3 year old stallion who will be gelded soon.  He has supposedly been started to ride. 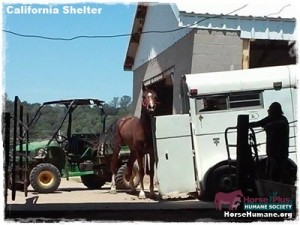 The other four auction horses arrived, this is a stallion (he will be gelded soon) his name is Traveler. 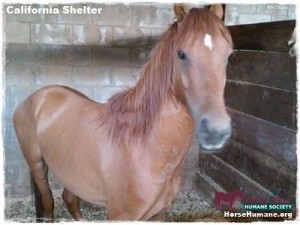 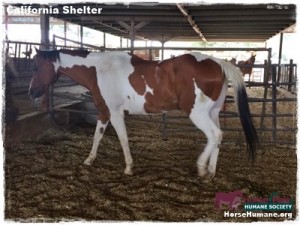 This Palomino mare is Sugar. 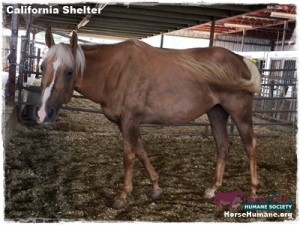 This gelding is Vegas, we think he could be trained to ride.  They will all be evaluated and given a medical examination by our vet soon. 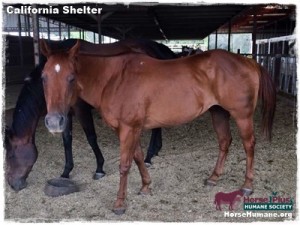 Thank you all so much for your support of our rescue efforts!