At the end of November our rescue team went to an auction.  Two adorable little ponies were sent through the auction ring.  We only won the bid on one of them and we were hoping that the other one would go to a great home.  It was right before Christmas and we had high hopes that the other adorable little pony would make some child very happy for Christmas.  When it was time to load up the horses, to our horror we saw the adorable little pony in the pen ready to load up onto the kill buyers trailer.  We hated to see the ponies separated, especially since one of them was destined for slaughter.  We negotiated a price with the kill buyer and soon the ponies were reunited and safely in the rescue rig. 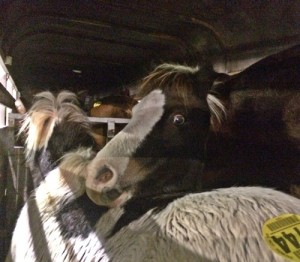 They settled in at the Oklahoma shelter.  After awhile we had some potential adopters looking at them.  They were grandparents who wanted gentle ponies for their grandkids to play with.  Oreo and Indian fit the bill. 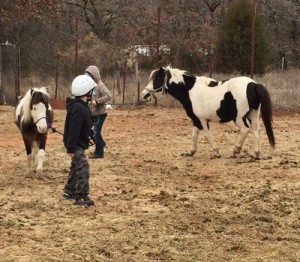 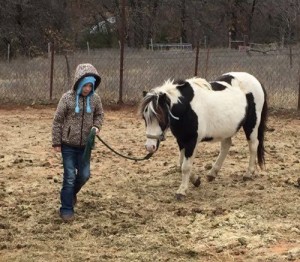 Indian was such a good boy and won her heart.  It was so neat seeing them really fall in love. 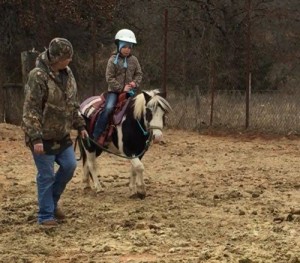 The little boy fell in love with Oreo. They are so cute together! 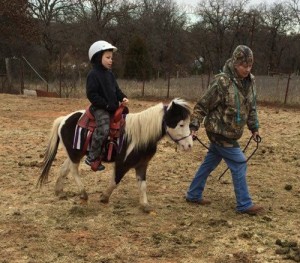 The grandparents submitted an adoption application and anxiously waited for the application to be accepted.  They were so excited when they were approved.  They hooked up their trailer, loaded the grandkids and headed to the shelter to adopt the ponies.  Oreo and Indian were so happy to be heading home! 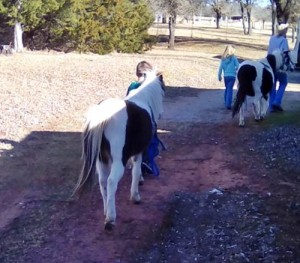 The kids had the adoption photo taken with Oreo.  You can really see the smiles!  It’s definitely one of the cutest adoption photos we’ve had in a while. 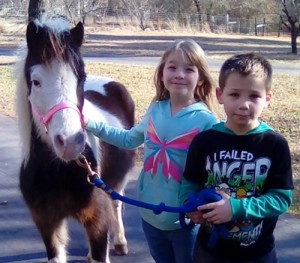 Soon the trailer was pulling away and Shari, our Oklahoma Shelter Manager, had a big smile on her face.  Two ponies were saved from the slaughter pipeline and they were now heading to a wonderful home. 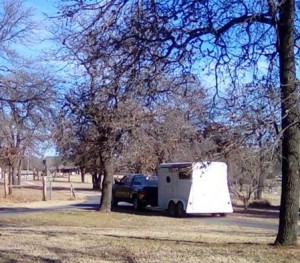 We would like to thank you all for your support that makes happy endings possible!