Victory for the Tennessee Walking Horses! 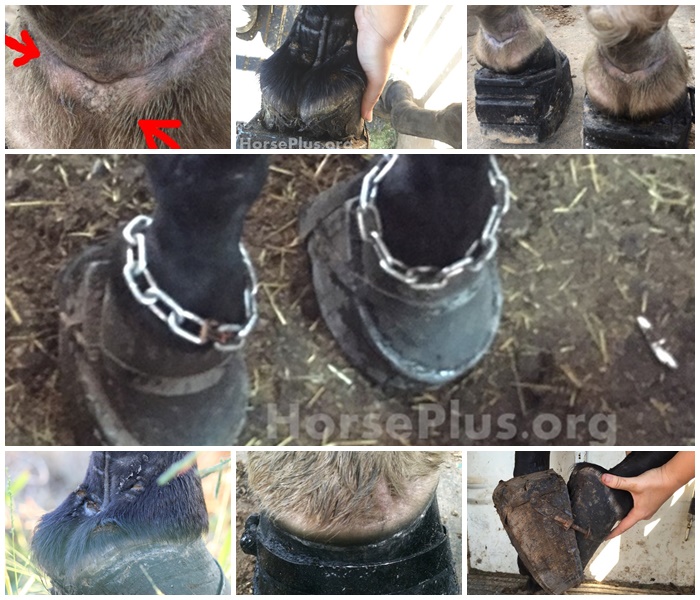 It has been a very exciting last few days here in TN.  As many of you know, I have been on the front lines battling for the abused Tennessee Walking Horses who are systematically tortured with caustic chemicals, chains, stacks and action devices just to achieve an artificial gait that judges are looking for. On Friday, the USDA announced major rule changes to the Horse Protection Act that will outlaw the use of stacks, pads, chains, and other action devices in horses at shows, auctions or sales.  This is one of the biggest horse welfare victories in a very long time!  To top it off, we made it into the USA Today newspaper!  The newspaper article featured one of the horses we rescued, Skywalks Magical Dream.  It also had a bold statement from me saying we will take any horse whose owner can no longer keep because of this new law.  To read the article, click here.

This law came about because people started doing something and being the voice.  One of those people is Clant Seay.  This guy has worked absolutely tirelessly.  He’s organized protests at every Big Lick show he can.  He made a huge citizens campaign against the abuse.  He meets the big lickers on their turf and goes head to head against them.  He’s been harassed, threatened, and assaulted because of his work, but he kept right on.  This guy is truly amazing and it took someone like him to follow through to the end.  If the big lickers are having a horse show in Florida, he’s there.  No matter where it was at, he was there, saying NO to the abuse.  I have no doubt in my mind that he played a huge part in getting this law passed.  Thank you Clant!

And I believe I also helped in a different way than what was being done before.  Thanks to your support, I was able to go to auctions and save big lick horses, still wearing stacks and chains.  I told their stories.  Their stories went on to news papers, were seen on TV and went viral on the internet, causing public outcry.  It all helped to bring awareness to the big lick cruelty.

I’ve been on numerous TV stations in Tennessee talking about the abuse these horses endure.  Trying to shed light on the horror that I’ve seen first hand.

I went to the Capital Building in TN with Clant delivering signatures around the world saying NO to this abuse. To watch the video, click here.

Skywalks Magical Dream and I made it to the front page of the Tennessean, the largest newspaper in Tennessee.  His scarred legs were seen by tens of thousands of people in this article.  The big lickers said time and again this doesn’t happen, but I helped prove it does.  Their dirty little secret didn’t stay hidden, and now it’s been stopped.

The abuse I have seen from the chemical burns is something that will haunt me forever.  How someone could burn a horse with terrible chemicals and then put chains on their burned legs to make them flinch in pain, and then have the inhumanity to call it beautiful, is truly psychopathic.

The Tennessean and the USA Today has published that Horse Plus Humane Society will take any horse that needs a new home since the law passed and they cannot put stacks, pads and chains on these horses anymore.  At the USDA meetings they said time and again that if the law passed, their horses would become worthless.  Now we are facing a huge endeavor of saving as many “worthless” Tennessee Walking Horses as we can.  Tennessee Walking Horses are awesome trail horses, and can be retrained to become pleasure horses if they have not sustained permanent damage.

I know that many of these horses will be dumped at auctions and will go to slaughter if we don’t save them.  These horses have been abused, and now that it is illegal to abuse them, many will be dumped for slaughter.  Please donate to help save these abused horses from going to slaughter.  I can’t do this without you, and I have gone out on a limb and told the world we can take any of these horses who’s owners will not keep them, knowing and hoping that I can count on you.  Can I?