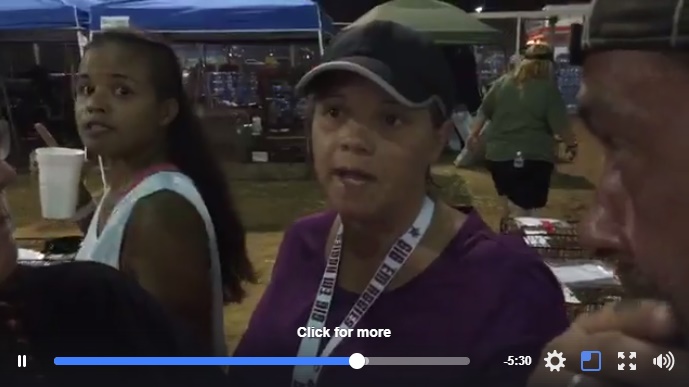 I have been watching the rescue efforts in Texas since Hurricane Harvey made landfall.  It has been devastating to watch, and I cannot imagine what it is like for everyone with their boots on the ground.  I know by this time they must be mentally and physically exhausted.  Rescue work is never easy, but on a large scale disaster like this, the work seemingly never ends.  Animals of all kinds have suffered and died in this disaster, there have been so many human lives lost as well.  Disasters do not pick and choose who suffers, but all living beings suffer. 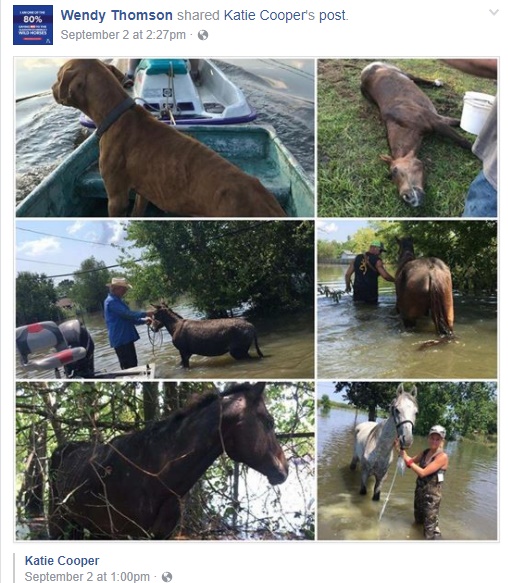 Last night I became aware of vicious lies spreading over the internet about the rescue efforts.  These lies are trying to portray that the SPCA, ASPCA, and PETA have swooped in and are now killing animals, stealing supplies from veterinarians and rescue workers, and murdering animals in mass.  This is one of the largest disaster rescue efforts that has happened in a long time, and there are going to be animals that require humane euthanasia.  They are suffering and it is often the kindest thing to do, but always very sad.  Someone sneaked at night and took photos of horses that were allegedly euthanized, then posted them on the internet, with the caption “This is what the ASPCA is doing to the horses.”  I totally understand that these posts can cause a lot of outrage, and put the blame for these animals death on a great organization, but these animals did not die because the ASPCA came in, they died because of a natural disaster.  There is no way to verify that these photos are from the Ford Arena, that the animals were euthanized, or even what year the photos were taken.  It really saddens me that these Facebook trolls are trying to discredit and slander the rescue work going on in Texas. 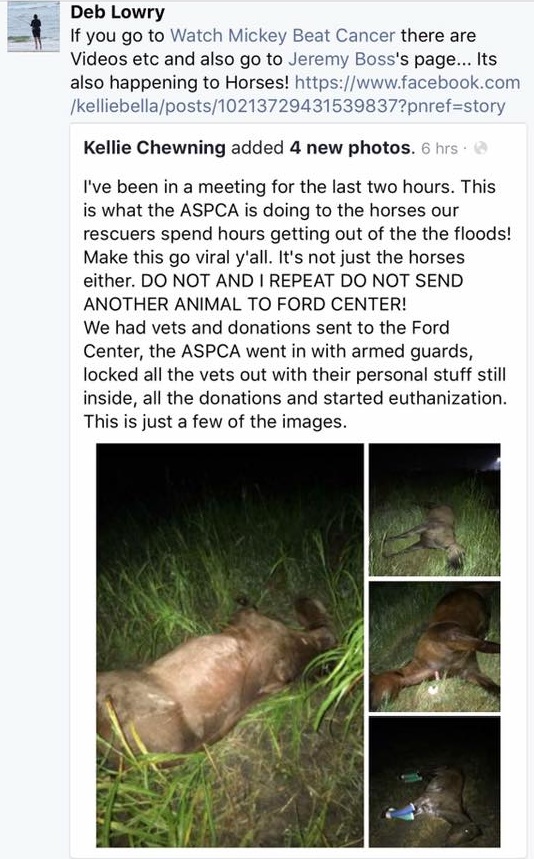 On individual did a Facebook live video to blast the ASPCA, and of course Facebook warriors posted the same pictures of the same horses.  This obviously causes outrage in people who do not bother looking at the big picture and learning the facts. 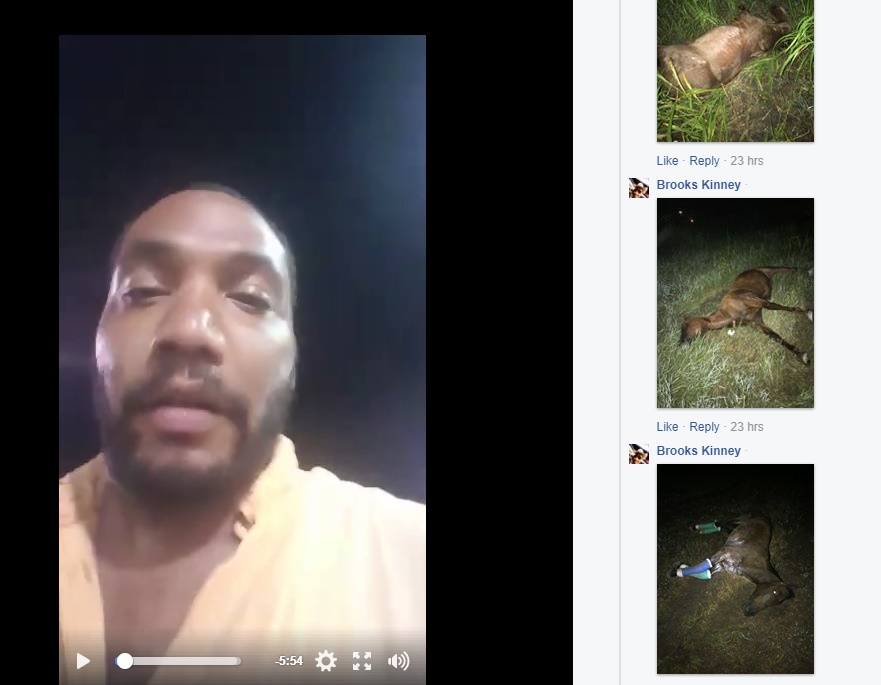 All these rumors and lies on the internet going around are not helping animals, but are rather directly causing animals to suffer and die needlessly.  A group of veterinarians inside the Ford Arena, that were allegedly “kicked out by armed security and forced to leave their supplies behind” decided to do a live video to try and disprove the trolls.  These vets are working tirelessly, sleeping on cots right in the middle of it all, treating as many horses as humanly possible.  They also praised the ASPCA for helping and supporting their efforts.  I know that lies like this on the internet can hurt deeply.  I myself have been bashed nearly nonstop for over 10 years.  I have learned that everyone has the right to their own opinion, even if it’s very wrong.  These trolls hurting the rescue efforts in Texas are victimizing the animals again.  To be attacked by a hurricane is traumatic enough, but then to be attacked by humans after the hurricane is irrefutably horrific.  To watch the video, click here. 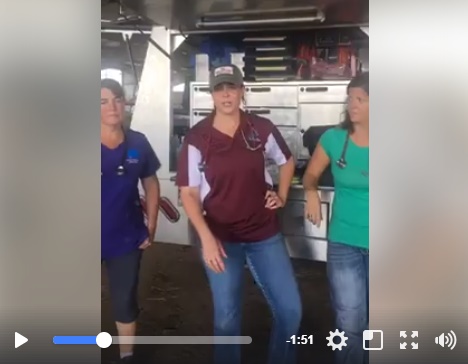 Rescuers who have been on the ground rescuing animals have posted their frustrations about the ASPCA coming in.  There is a chain of command that must be implemented and followed in any large scale disaster.  When a national group that has the training and expertise to handle such a monumentous task come in, there will be people who have been working extremely hard who don’t understand how it works.  The ASPCA is experts when it comes to disasters and sheltering, they know what they are doing.  Sadly there are animals that are victims of the hurricane that have to be euthanized, as one vet said ‘The only animals being euthanized are ones that are suffering.  If you took this animal to any vet, they would humanely euthanize it because it is the right thing to do.’   By posting rash statements on the internet, it is only hurting the animals. 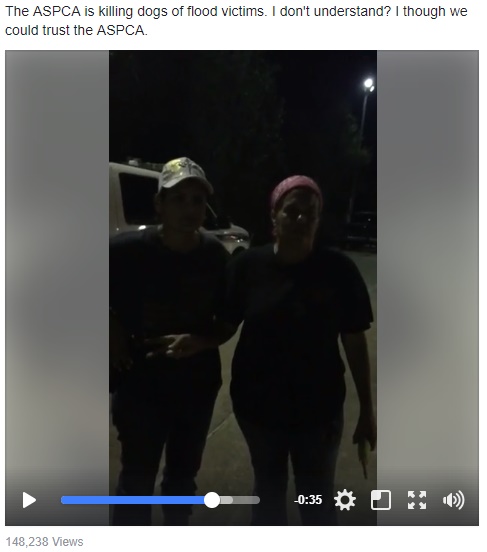 People watch these videos of other people talking about things they heard other people say they heard, and instantly jump to conclusions.  Asking people to stop donating to a SPCA is not helping the situation.  There are local SPCA’s throughout the United States, and someone reading this could think “I have to stop donating to my local SPCA, they are horrible!”  Animals, again, would be the true victims in such a thought. 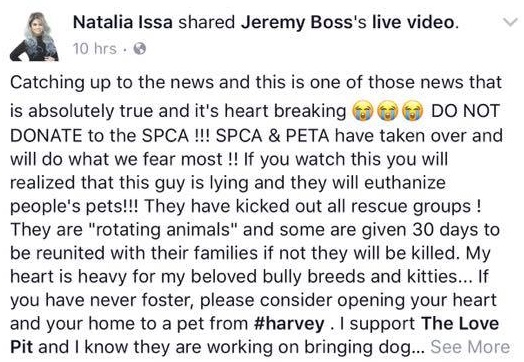 One individual, who claimed to be a member of the media, went and confronted the Houston SPCA.  This was late at night, and two of the workers had to be taken away from helping animals to deal with these irrational people who keep asking the same future hypothetical questions.  An organization has to put in place a system for dealing with the situation.  The director stated (talking about before the SPCA took charge) “We had people taking a dog for a walk, and while they were gone, someone else would put a dog in its crate.”  That is the reason the SPCA (or other organization with the training and resources) absolutely has to be in charge of the situation so there is guidance and direction.  No organization will do a perfect job in a situation like this, there is no perfect way to deal with thousands of displaced animals.  To watch the video, click here. 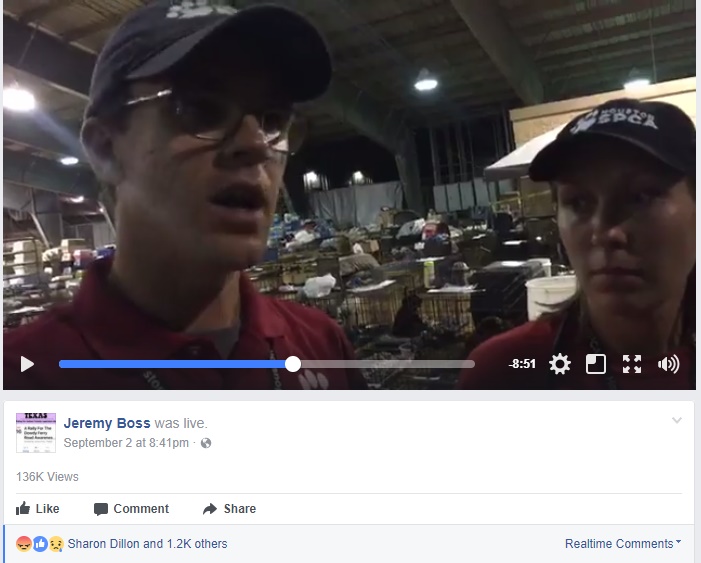 People saying “Do not donate to the ASPCA” need to stop and think, and look at the big picture of this national disaster.  They are only hurting the animals.  The ASPCA does such amazing work, I have met many of them, and they are wonderful people who are professional and truly care for the animals.  People read statements like this on the internet, and it only hurts the animals.  Our organization has been bashed for years because we took a stand that we would rather see a horse humanely euthanized than be brutally killed at a slaughter house.  Since that time, people have jumped to conclusions on what we do.  When someone says they donated on our Facebook, trolls contact them to try to convince them not to donate.  When we list a corporate sponsor, trolls contact the sponsors and threaten them.  I wish people would get their facts straight before jumping to conclusions.

I want to thank you for helping share true information.  When you see false information like this on the internet, be a true warrior, and tell the truth.  Let them know they are directly hurting animals.  I have seen so many times when someone is going to be surrendering an animal to one of our 1-Day Shelters, they are shamed for being a horrible person on the internet.  When people reach out for help on the internet, we need to encourage them to make the right decision for their animal’s well being, not try to bully them and shame them.

Thank you for reading this blog – Tawnee Preisner, president Horse Plus Humane Society