When you gave away your old horse…

When you gave away your old horse on the internet did you really think it was the right thing to do? I know you told yourself that the person that you gave your horse to was going to give him a forever home. Did you really think that was reality?
Did you really think that they would be responsible with the senior feed and the special medical needs your horse had? Let’s face it, you gave your horse away because he was no longer useful to you, he was too old to ride and you were tired of paying the cost of hay and senior feed for him. You started seeing that his medical issues were becoming more of an issue and you didn’t want to deal with that. You didn’t want to have the vet come out to hear that maybe your old horse needed to be humanely euthanized. You turned a blind eye to your horse’s needs. Your old horse served you for years and then you turned your back on him, pretending that somebody else would be more invested in him than you were.
The “forever home” that you gave him to was actually a horse trader. The horse traders goal was to turn around and sell him as a kids horse. But what you didn’t know is your horse went into depression because he missed you and his old home so bad. He stopped eating and his health issues became worse. He was grieving the loss of everything he ever knew.
The horse trader saw he was starting to lose weight and had to wash his hands of him before he got any skinnier. He took him to an auction and sold him making a couple hundred dollars off of him. So much for you giving him away to a “forever home” on the internet!
A kill buyer bought him at the auction and took him to his feedlot thinking he would fatten him up and ship him to Mexico.
At the feedlot younger stronger horses pushed him around kicking and biting him when he would come near the food. His depression deepened and his weight loss became even more rapid. Soon he refused to eat altogether.
The kill buyer knew he had to get rid of him as soon as possible because he knew he was on his way out. He took him to the next auction he attended. He knew he was going to lose money on him but he would buy more horses and make up the difference. It’s all just business to him.
At this auction he stood with his head held low, he knew what was going to happen, he had been through this at the last auction. He was basically a skeleton and there is little life left in him.
When he came into the auction ring and the auctioneer started rattling off his price, I was the one that purchased him, no one else wanted him. I had to be responsible for him because you were not, you were selfish and didn’t want to think about his future and gave your old horse away because you didn’t want to deal with him in his old age.
Hours after the auction our veterinarian examined him and found that he was suffering from cancer and there was nothing that could be done. I was there for him when he took his last breath, you were not…
You chose to turn your back on your old horse who served you faithfully for years, because you didn’t want to be responsible for making hard decisions. Your horse suffered so much in the last weeks of her life because you turned your back on your horse when he needed you most, how dare you! It was totally selfish and unresponsible of you to give your old horse away free to a “forever home” on the internet. You were supposed to be his forever home!
I go back to this same auction to rescue more old horses whose owners have turned their backs on them every month. Somebody has to be responsible for them and be there for them when they need compassion. I will not turn my back on them but I need help to save them, please give now! Tawnee Preisner – President of Horse Plus Humane Society. 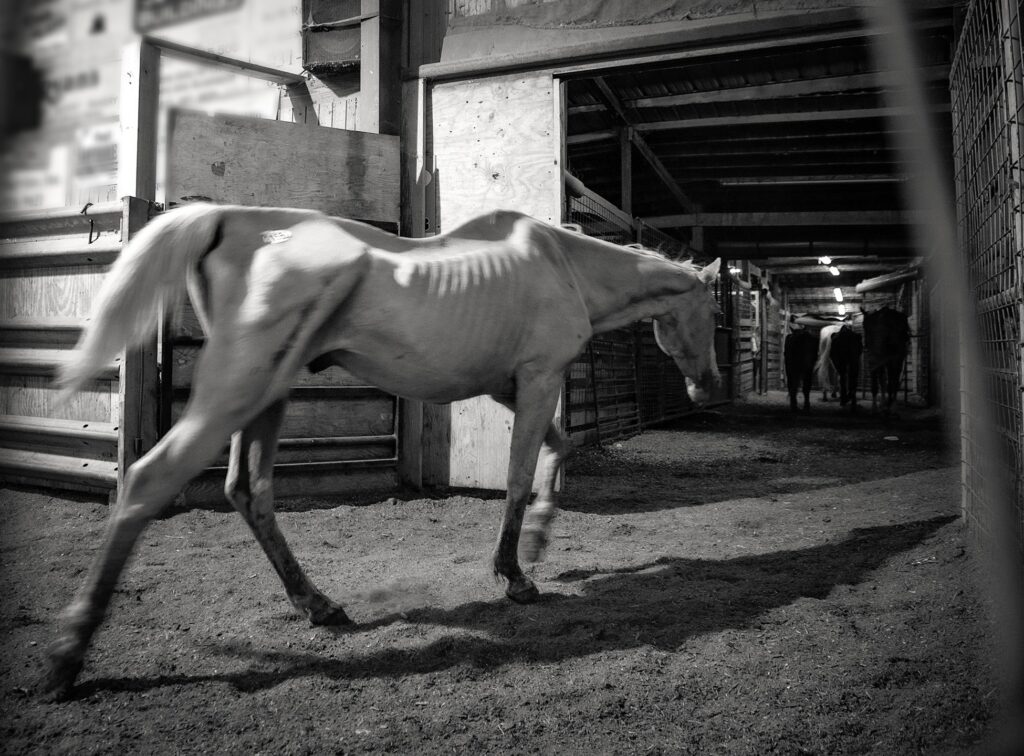