If you follow our Facebook page, you know we post up the USDA’s horse export to Mexico for slaughter reports.  We are frequently asked, “What about Canada export reports, why aren’t you posting them?” Quite frankly, we can’t.  The Canadian government refuses to release horse slaughter statistics, citing privacy concerns as one family, Bouvry, owns the remaining two slaughter plants in Canada. It’s hard to know how many horses are being exported out of the United States to Canada since the government is trying to cover it up, but what we do know is that Bouvry Exports is a very active and busy company, making millions off of horse slaughter. In a poll, 70% of Canadians were against horse slaughter and if you go to Bouvry Exports home page of their website, horses are only mentioned once, and as you scroll down you are led to believe that their main business is beef, bison and elk. 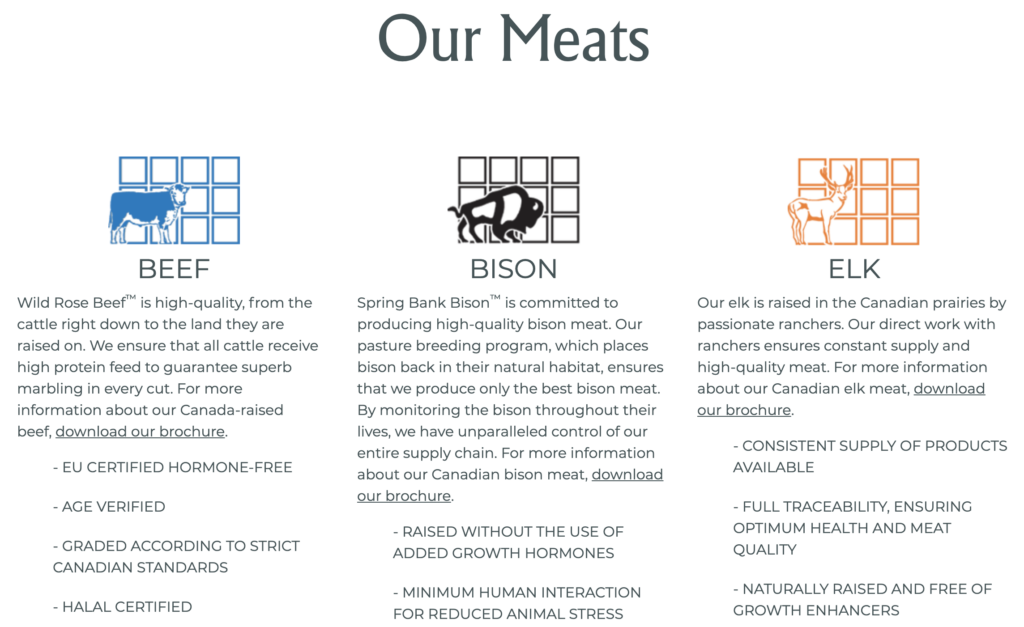 If you look at their slaughterhouse/feedlot at 1.5KM East Hwy, Fort MacLeod, AB T0L 0Z0, Canada, it’s easy to tell that horses are their primary animal of slaughter. There’s a small corner of the facility with bison and the rest are horses. 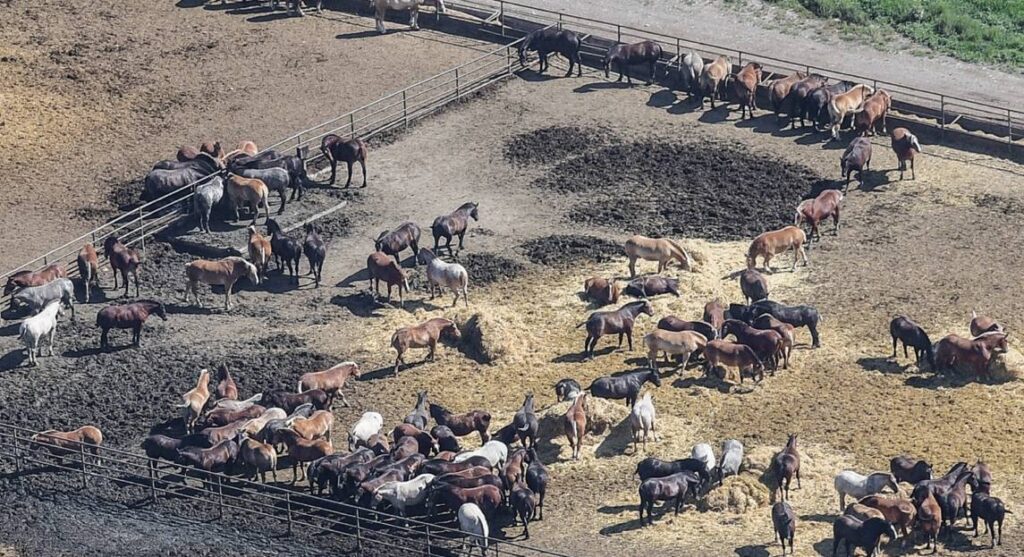 Digging deeper into the website, there’s actually an entire page dedicated to buying horses for slaughter.  They even have forms for horse owners to fill out so they can sell their horse for slaughter. 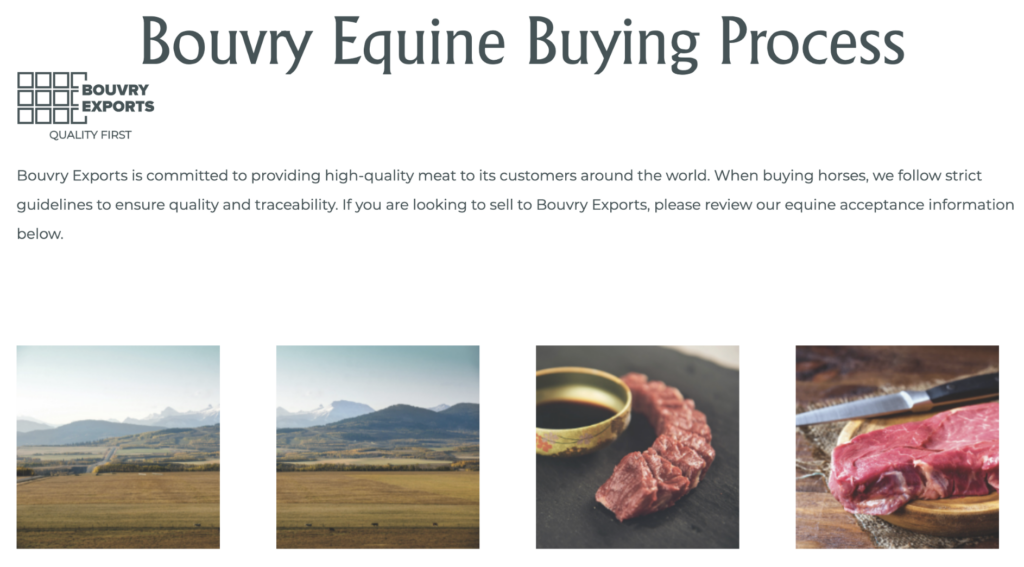 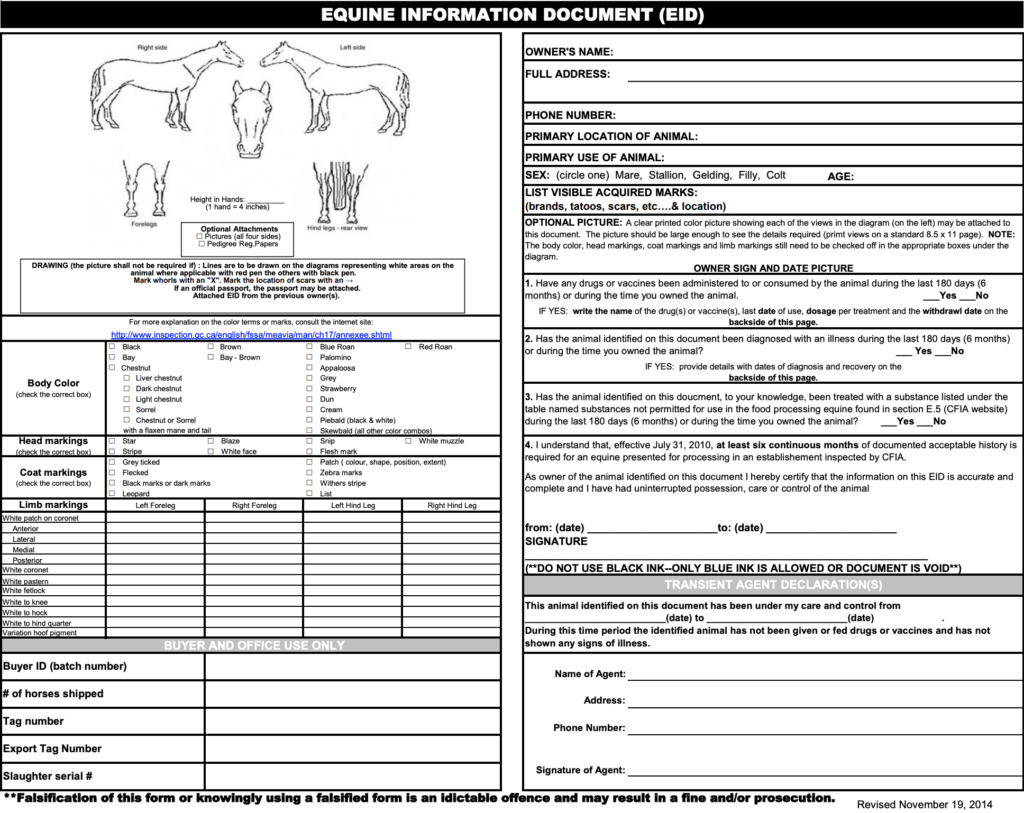 We did a Google Street View of the Bouvry slaughterhouse in Fort MacLeod and it looks more like a junkyard than anything else. The horses are kept back away from the road so people can’t see them.

They operate feedlots in the US where horses are gathered up around the United States and then shipped across the Canadian border to their slaughterhouse facilities. One of the feedlots is in Shelby Montana.  Animal Angels did an investigation at this feedlot and their findings were quite horrific. You can read the full report by clicking here. 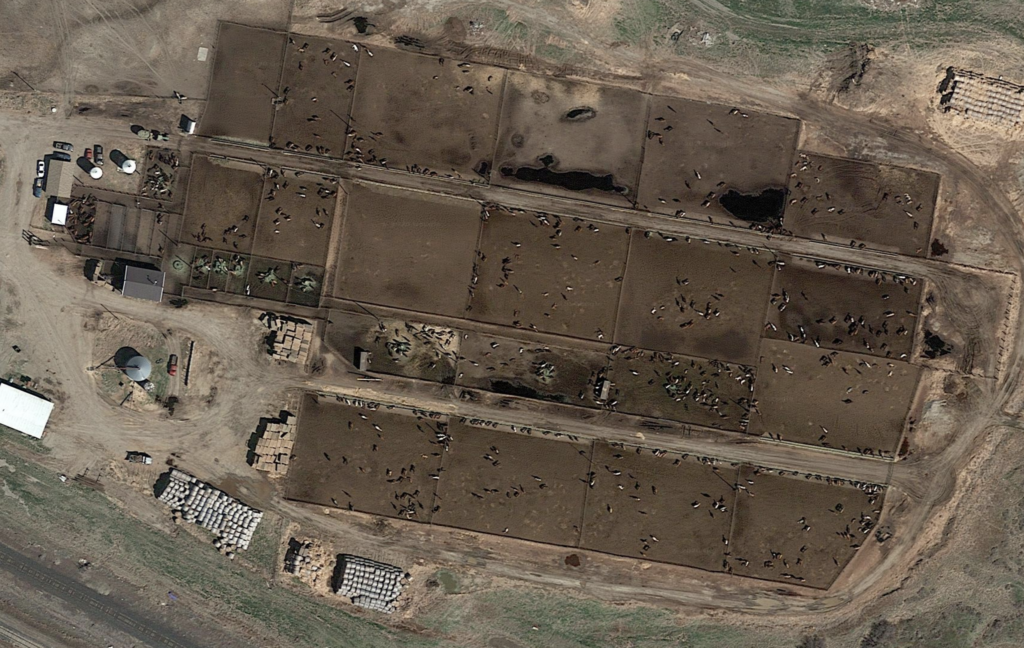 Back in 2006, we were rescuing horses out of a feedlot in Nevada that was operated by a Canadian slaughterhouse. They have the capability of shipping out hundreds of horses every single day. They first contacted us to find out if we would be willing to buy the day-old foals that were made orphans after shipment. They were tired of seeing them just dying in the back pen they said, and they sold them to us very cheaply. We started pulling adult horses out of the feedlot as well but soon realized that the horses started having health complications about a week after being rescued. Their weight would plummet, and their health would become extremely poor. A private investigator actually volunteered to go undercover for us, meeting up with one of the feedlot workers at a bar, and heading back to the feedlot with the worker. The worker was thrilled to be showing off his job to this interested lady who was the volunteer investigator. What she told us was the Canadian slaughterhouse was actually sending a powdered steroid to the feedlot to feed the horses so they would fatten up faster for slaughter. The worker, intoxicated, had no problem telling her all about the process. This helped us know what was going on with the horses, and why they would drop weight so quickly after being rescued.  We did rescue several hundred horses out of the feedlot, but they started raising their prices where we could rescue 2 to 3 horses from auction for the same price. At that point, we decided to stop enriching the kill buyers and focus on rescuing horses directly from auctions before the kill buyers got them, saving thousands of dollars and saving many more horses out of the slaughter pipeline. 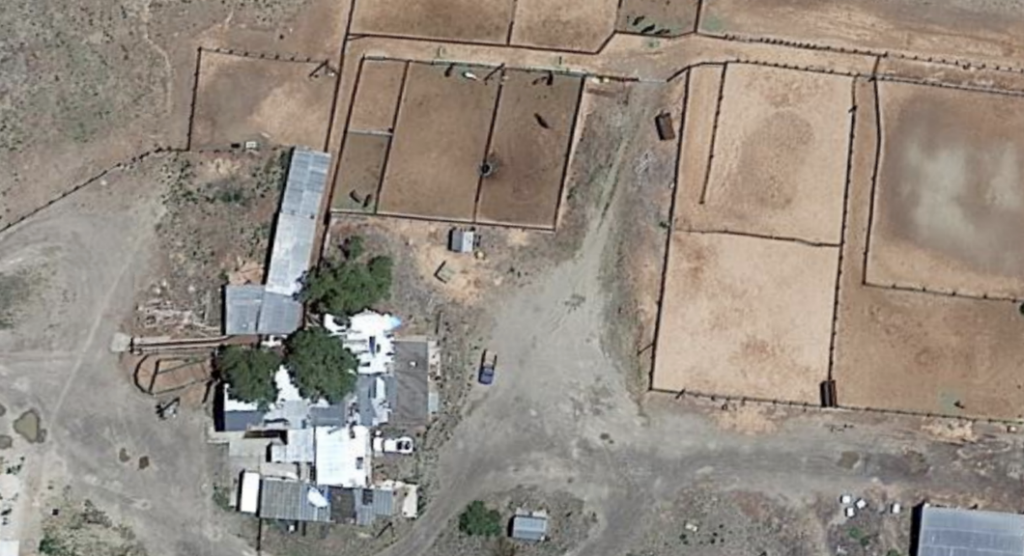 Bouvry Exports’ sister company, Viande Richelieu, says that their horse meat is an excellent source of protein, vitamin B12, iron and zinc. “When tasting it, you will be surprised by its taste which recalls the crossing of beef and venison with a second-line taste, pleasant and sweet” they say. 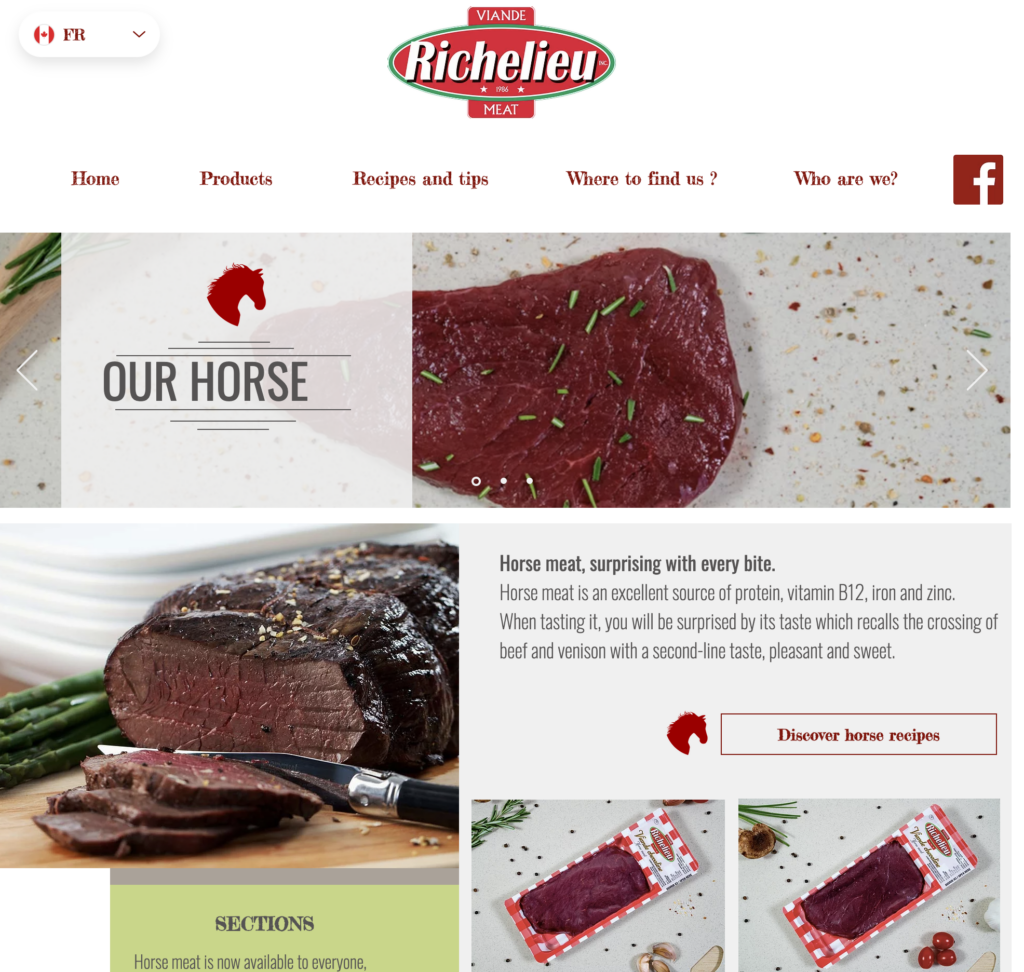 Over the years we started figuring out how the slaughter pipeline worked. There are two types of horses kill buyers are looking for; ones for Canada and ones for Mexico. Horses going to Canada are usually extremely healthy, fat, and ready for slaughter. Horses going to Mexico are the ones that won’t bring top dollar for slaughter: foals, ponies, donkeys, mules, and thinner horses. After auctions, we often see two different kill buyers going through their herds and sorting horses out, some for Mexico some for Canada. Bouvry Exports is proud that they are providing top quality horse meat to countries around the world. While Canada does ship large amounts of frozen horsemeat around the world, they also do live shipment of horses for slaughter overseas. 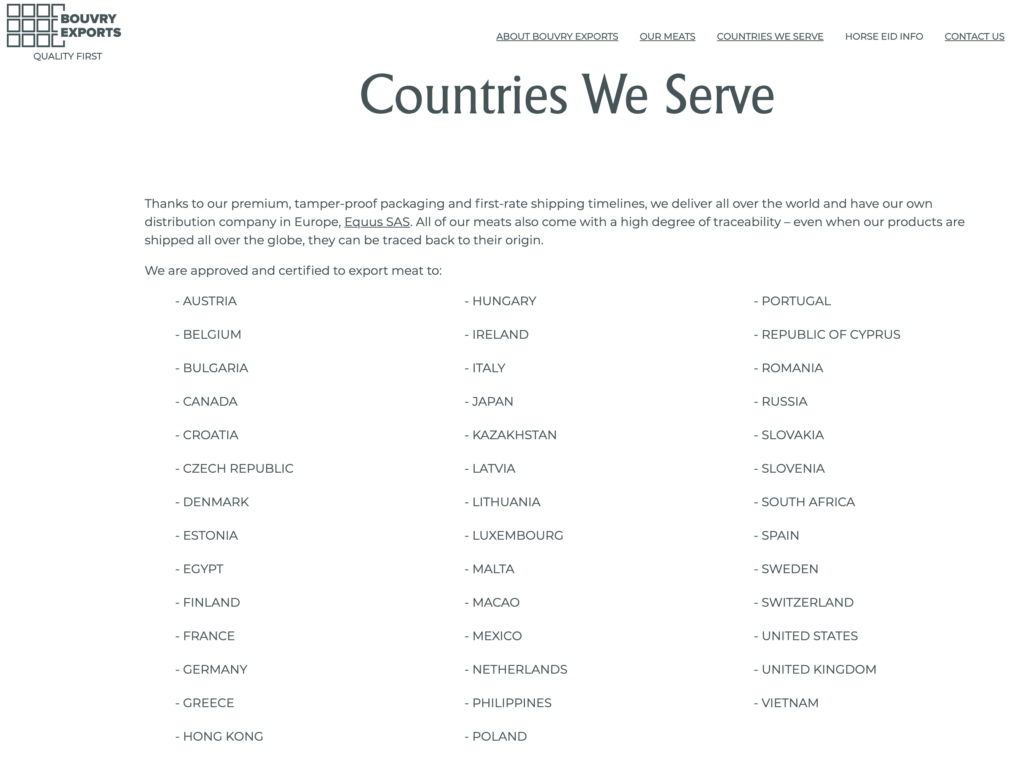 Japan is Canada’s number 1 destination country for live horse meat exports. Canada is the only country shipping live horses for slaughter and the export of these live horses to Japan has become increasingly frequent. The horses are shipped in semi-trucks to Calgary International Airport. The Canadian Horse Defense Coalition has been documenting and trying to expose this for years. They are not for profit, but Canada has determined that they are too political to actually allow them to be a registered charity. This is not surprising given the fact Canada won’t even release how many horses are being imported from the United States to help protect this industry. 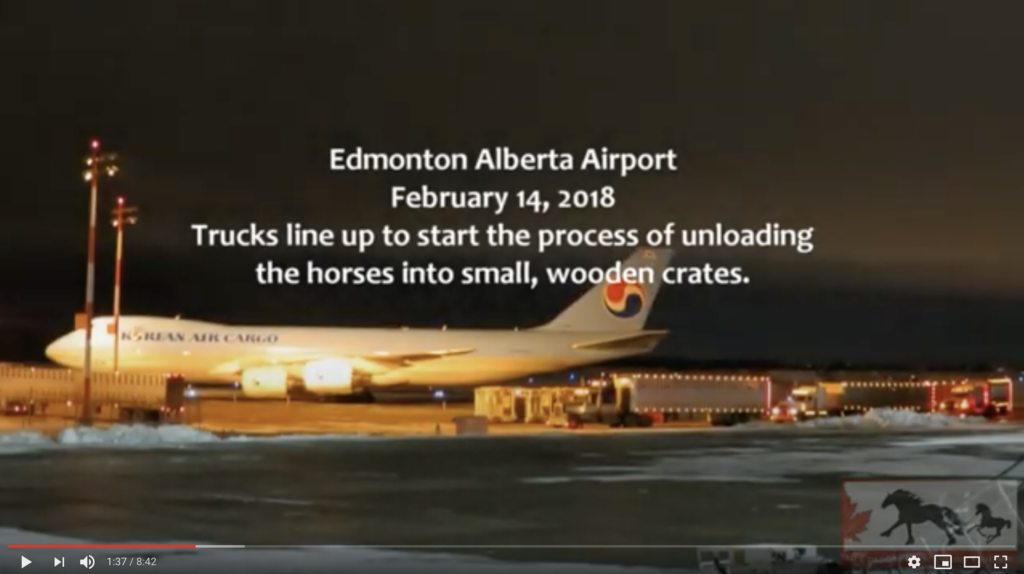 The horses are put into crates and loaded onto a jet, their destination Japan for fresh slaughter. Because of the expense, they usually ship large draft horses fattened and ready for slaughter. These horses were no doubt once carriage horses, Amish work horses, all wonderful horses who worked hard to please their owners. 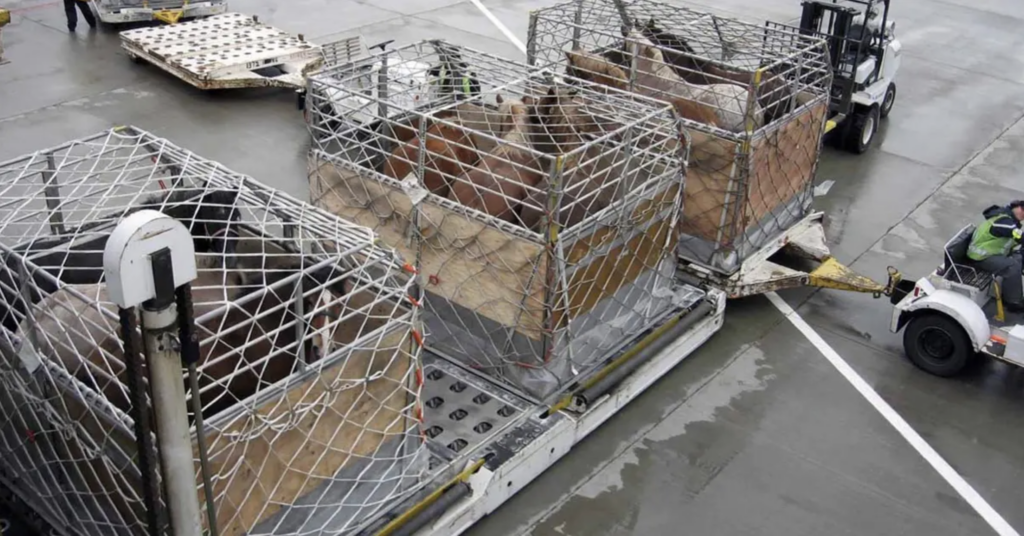 These horses are often stuck in these crates without food, water, and rest for over 28 hours.  Sometimes they can’t even raise their heads because the crate is too short. 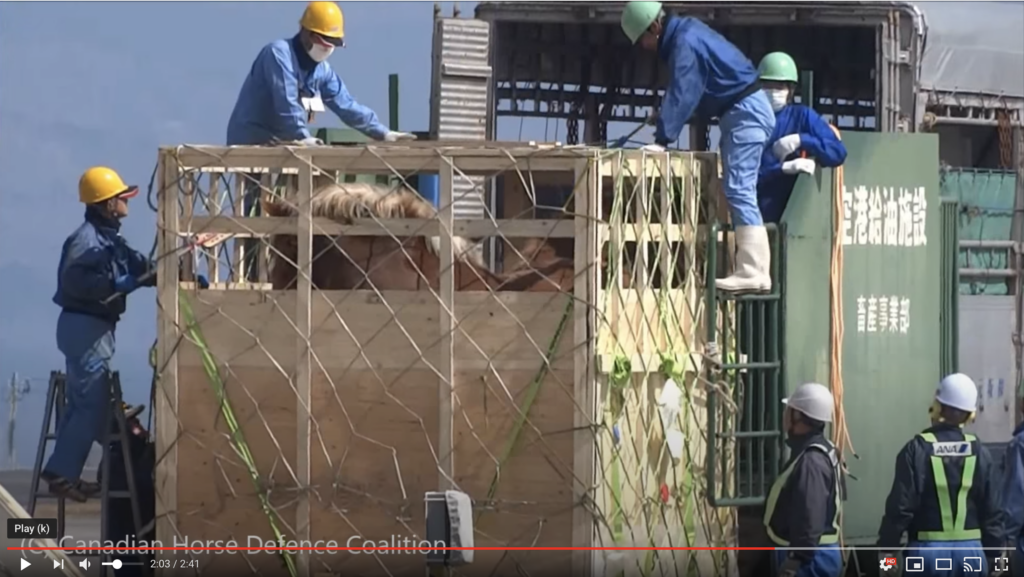 Once the horses arrive in Japan, they are taken to feedlots to get them rehydrated, fattened up, and then they are butchered in a Japanese slaughterhouse. 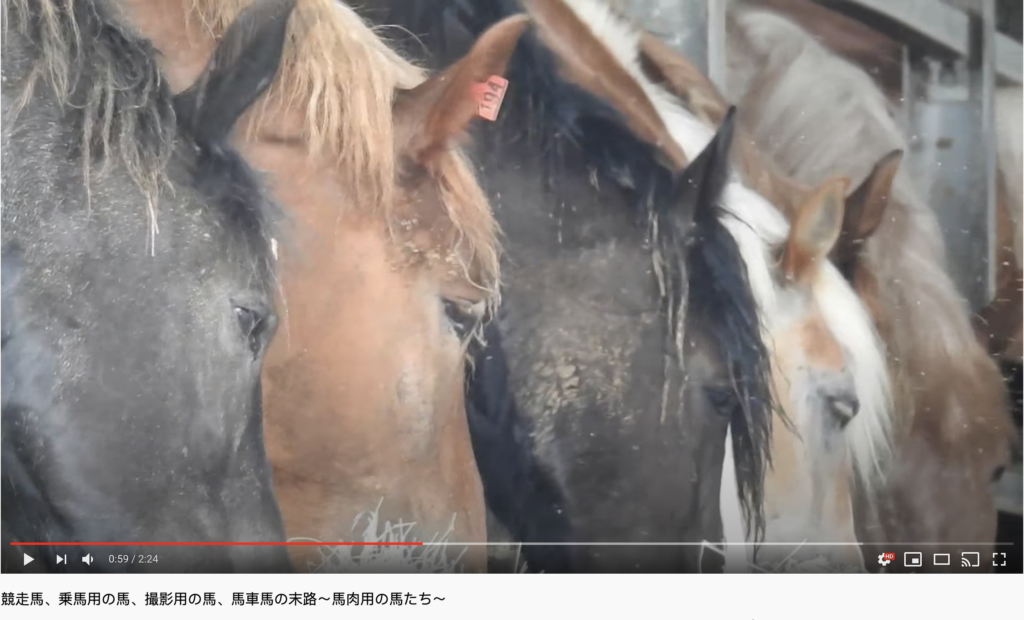 Horse meat accounts for about one percent of Japan’s annual meat production. That being said, it is a delicacy.  There is raw meat horse ice cream, raw horse sushi the list goes on.
If you’re ever in Japan and see this Japanese symbol, 馬, related to food, it probably means there is horse meat in it! 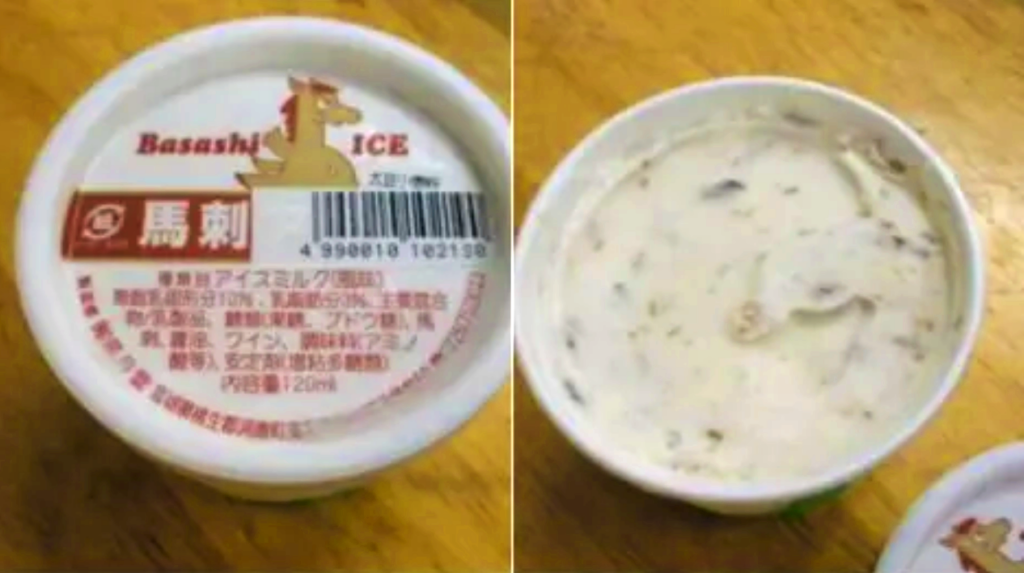 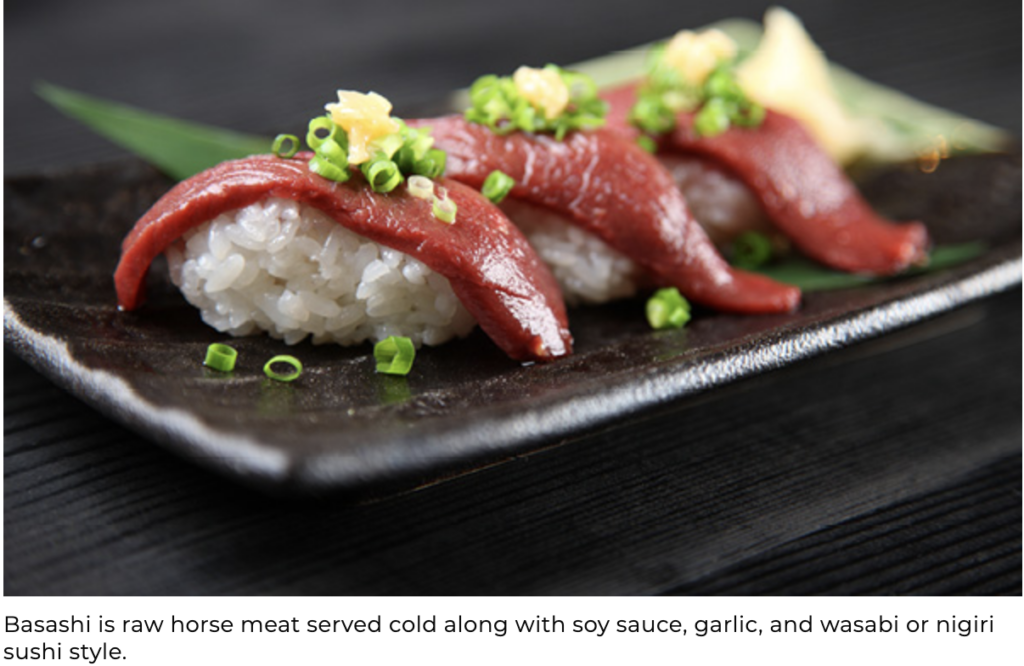 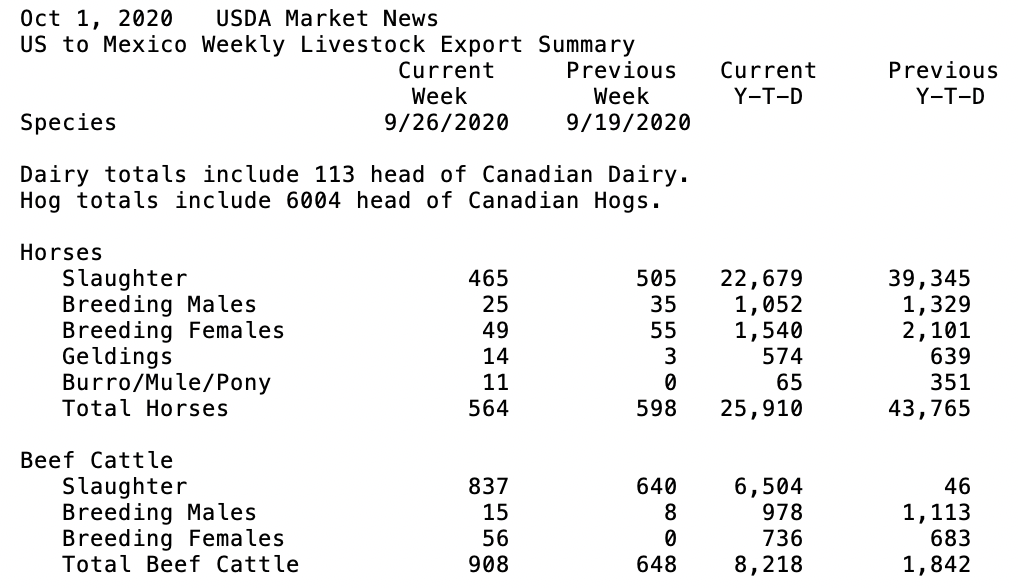 The bottom line is horse slaughter is real, and it can seem as if there is no hope, but there is. Although we can’t rescue all the horses, we know that for the ones we do save it changes the world for them. We rescue horses regardless of their condition, even if they need the Last Act of Kindness. After they are rescued out of the slaughter pipeline they are individually evaluated by our veterinarian and intake team to determine what is the best plan for each horse: adoption, rehab, training, or the Last Act of Kindness.  Please be a horse’s hero and support our mission of saving horses by making a donation. Help us as we try to keep horses from being exported into Mexico for slaughter. Give Now!